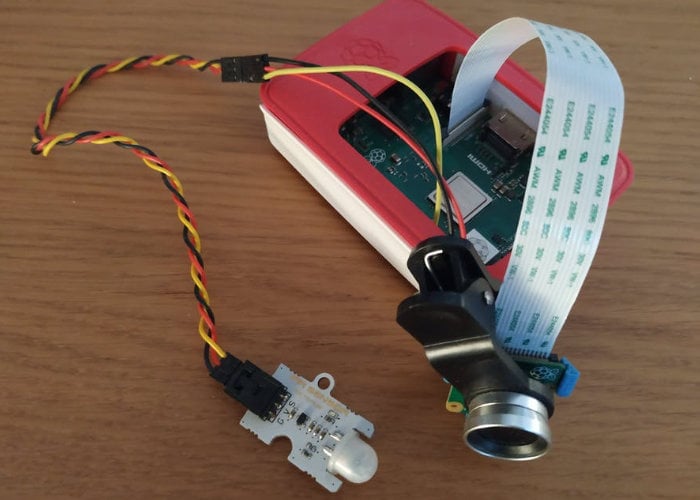 Ferrithemaker has published a new Raspberry Pi project to the Hackster.io website this week, providing details on how you can create your very own DIY Raspberry Pi intruder alarm and detection system. Masters and intermediate project it should keep you busy for at least four hours and has been built using the Raspberry Pi 3 mini PC together with a PIR motion sensor, the official Raspberry Pi camera module and a pair of speakers.

“In this project you will create an intruder detection device that will check if somebody is inside your house / room when you are out using a PIR sensor, if the PIR sensor detects somebody it will take a (set of) picture(s) of the intruder. The pictures will be sent to your telegram bot channel wherever you are. You can also add some “scare away” tactics, like trigger an alarm sound or a pre-recorded voice message.”