A rare cartridge contain a prototype copy of Final Fantasy II which was made for the 1991 Consumer Electronics Show, is currently up for auction on eBay for a staggering $50,000.

The unique game cartridge will work on NES consoles and contains an unreleased Final Fantasy II game, allowing you to own something truly remarkable in gaming history, if you have the cash. 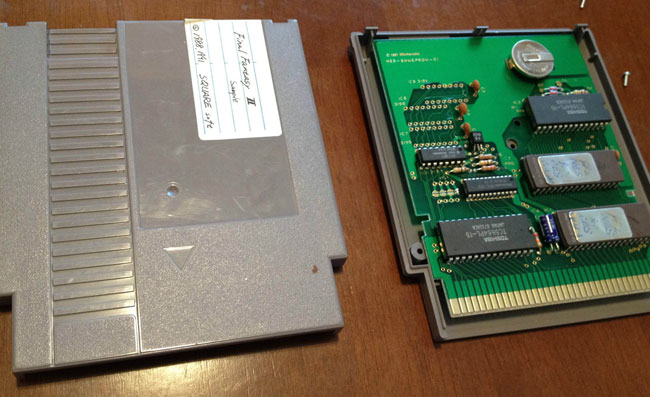 “A pre-production sample cartridge for any video game from this era is rare indeed, but for one to survive for a game that was never actually released is something of a miracle. Having that unreleased game be a part of one of the most important franchises in video game history is basically unheard of.

I have been the proud owner of this cartridge for over nine years now, and as far as I am aware, this is the only legitimate copy of the game that exists. Any other copies you have seen of Final Fantasy II for the NES have been bootlegs, this is the real deal.

It has been stored securely since it was originally purchased in 2003, and until I took the photos for this auction, it had not touched a console since that time.”

If you fancy playing the Final Fantasy II game and have deep enough pockets jump over to eBay to place your bid or buy it now for $50,000. After 17 years of use eBay has launched a new eBay Logo.