Stellamove have created a new 3D printer called the RAPY, which according to its creators is one of the first DC potor powered 3D printers with a position feedback control.

Current 3D printers are equipped with stepper motors which are easy to command, Stellamove has removed these motors from its 3D printer and replacedthem with DC motors because of their dynamic characteristics and higher energy efficiency. Watch the promotional video after the jump to learn more about the new RAPY 3D printer from its creators. 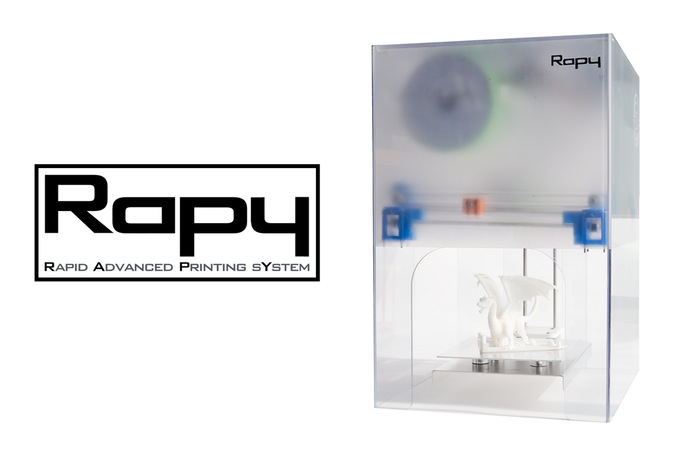 Stellamove explains a little more about their new RAPY 3D printer and what makes it so different when compared to other 3D printers currently on the market.

“RAPY is a 3D printing robot with sophisticated control system. Many people call 3D printers ‘bots’ because their basic principle is very similar to that of robots. What is special about robots is a feedback control system with which error or changes in environment is sensed to self-correct their movement. And this is exactly how RAPY controls DC motors. Together with DC motors and a high resolution position feedback control system, Stellamove RAPY is truly an advanced robotic system.

What we have achieved with RAPY is precise DC motor control with simple system. We developed revolutionary software and embedded it into a very simple hardware which eventually works like a machine worth thousands of dollars. This is literally a quantum leap in DC motor control. No other system today achieves an accuracy of RAPY under such a simple architecture. “

The RAPY 3D printer has been  designed for continuous operation with a very low failure rate and includes features such as automatic position correction,  position feed back control system and the 3D printer can even can resist sudden shocks or shakes.