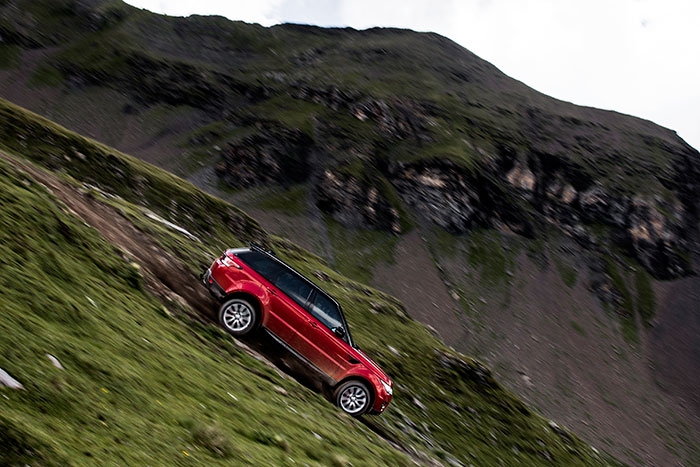 Land Rover took one of its hottest SUVs, the new Range Rover Sport and hauled the vehicle up the Inferno alpine ski course in Switzerland. At the top Land Rover put former Stig Ben Collins behind the wheel and sent him on his way down the mountain. Collins and the Rover followed the exact path that skiers follow on their way down the mountain.

The descent is 2,170m long and spans 14.9km. The drive took Collins 21 minutes and 36 seconds and he wasn’t loafing or taking his time. Collins reached speeds up to 96 mph during the descent while contending with ice, snow, gravel, wet grass, and broken asphalt.

Collins and his ride made the descent without any issues. The Range Rover Sport that Collins used packs 510ps under the hood. This was the first time that a production car attempted the Inferno ski course.

Collins said, “This was genuinely one of the hardest tests I’ve faced in my driving career. The route was insane and certainly the toughest course I’ve ever completed. It challenged you with every kind of obstacle this side of molten lava and as conditions go, it was about as bad as it gets – torrential weather mixed with cliffs, trees, all kinds of stuff you don’t really want to crash into.”