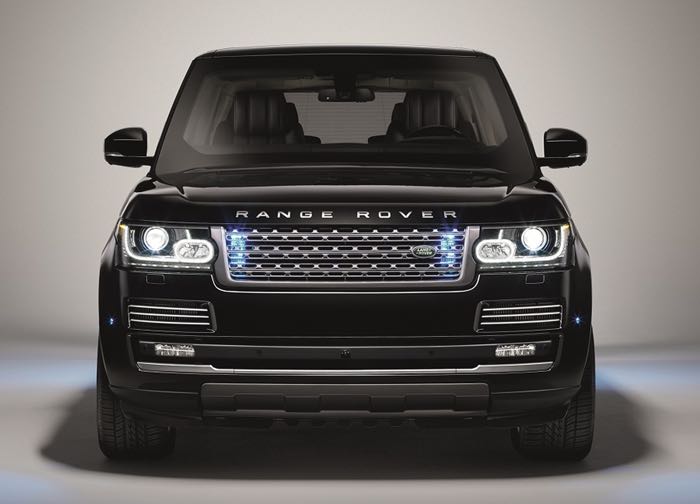 Jaguar Land Rover have announced a new version of the Rang Rover, this one is armoured and will set you back around €400,000, the Range Rover Sentinel.

The Range Rover Sentinel is based on the Range Rover autobiography and it has been engineered by the company’s Special vehicle Operations team.

This mobile fortress is designed to withstand the most damaging and targeted of threats including penetration by 7.62mm high velocity, armour piercing incendiary bullets. This exceptional vehicle delivers lateral protection against up to 15kg Trinitrotoluene (TNT) blasts and defence against DM51 grenade explosions from both beneath the floor and above the roof.

At its core is a specially-developed six-piece armoured passenger cell, made of super-high-strength steel, providing world-class protection from attack. The standard glass has been replaced by multi-laminated armour privacy glass of optical quality, providing excellent clarity for the driver and occupants, while also delivering bullet protection.

The Range Rover Sentinel is fully certified to VR8 standard against ballistic threats by QinetiQ®, an independent organisation that was formerly part of the British Government’s Defence Establishment Research Agency.

You can find out more details about the new Range Rover Sentinel over at Jaguar Land Rover at the link below.