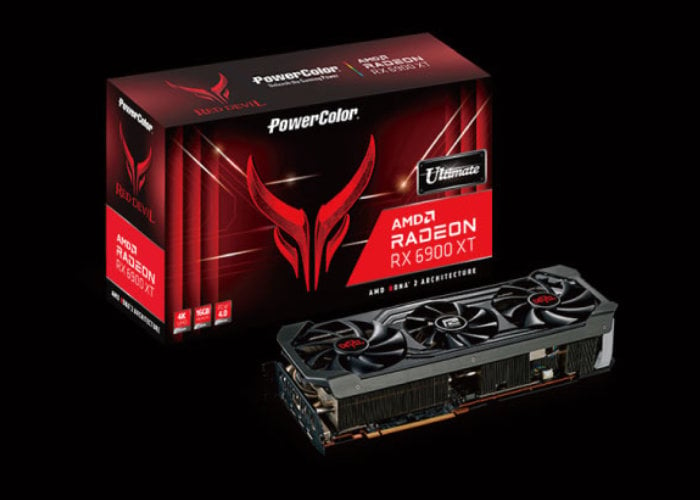 TUL Corporation has this week unveiled its Ultimate editions of the RED DEVIL and LIQUID DEVIL AMD Radeon RX 6900 XT series graphics cards specifically created for overclocking enthusiasts and gamers, who would like to unlock the ultimate performance of the AMD Radeon RX 6900 XT. The PowerColor RED DEVIL ULTIMATE and LIQUID DEVIL ULTIMATE graphics cards have been created to remove the element of chance and guarantee a specially binned GPU with exceptional overclocking properties assuring extra performance every time says TUL.

“No longer shackled by clock limitations with AMD’s Overclocking tool; if your card allows, the sky is your limit. With an optimized VBIOS for overclocking, there is enough juice to push the GPU with 332 Watts of Power for the LIQUID DEVIL ULTIMATE and 303 Watts for the RED DEVIL ULTIMATE AMD Radeon RX 6900 XT unleash power like never before.

The Ultimate in Radeon GPU technology will be available on the highly awarded RED DEVIL and LIQUID DEVIL AMD Radeon RX 6900 XT series, which is suitable for either air-cooled setups or custom water-cooled PC’s, gamers are assured the best of the best with an Ultimate card choice.”