Over on the Kickstarter crowd funding website this week designer Fred Davison has launched a new Android, PC and PS3 game controller called QuadStick, which has been specifically designed for quadriplegics.

The QuadStick game controller is equipped with a joystick, four sip & puff sensors, a lip position sensor and a push switch, all powered by a 32 bit ARM processor that converts the sensor inputs into USB and Bluetooth signals. To learn more about this innovative game controller watch the Kickstarter video after the jump. 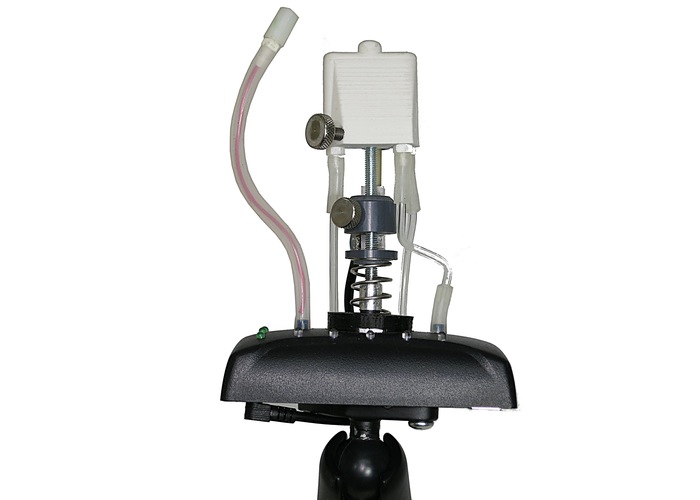 Fred Davison the creator of the QuadStick game controller explains more about the controllers design: “The QuadStick appears to a PS3 or PC host as a Gamepad, Mouse, Keyboard and Flash drive and works directly with them.  It can also be used with the Xbox 360 and Xbox One with the appropriate adapter. The logical mapping or connections between the sip & puff sensors and the signals sent to the host are configurable by the user and can be changed between preconfigured profiles, while playing, to match different situations in a game.

Using Dragon Naturally Speaking (DNS) or Windows Speech Recognition (WSR) and a collection of free software packages, it is possible to add voice commands to your options for controlling the game.

The configuration of the QuadStick is stored in an internal Flash drive.  Configuration files are derived from specially formatted Google Drive Spreadsheets, and new configurations for different games or setups can be downloaded into the QuadStick while it is connected to a PS3 or PC.”

The QuadStick game controller project is currently over on the Kickstarter crowd funding website looking to raise enough pledges to make the jump from concept to production.