Today QNAP the maker of network attached storage (NAS) has unveiled three new additions to its range in the form of the new TS-419P II (4-drive), TS-219P II (2-drive) and TS-119P II (single-drive) storage solutions, which have been designed for both home and business use.

All three Turbo NAS devices are powered by a 2.0 GHz Marvell processor, and have 512MB of DDR3 memory, Gigabit Ethernet (one port on the TS-119P II and TS-219P II, two on the TS-419P II), active cooling, support for both 2.5-inch and 3.5-inch SATA drives together with USB 2.0 and eSATA connectivity. 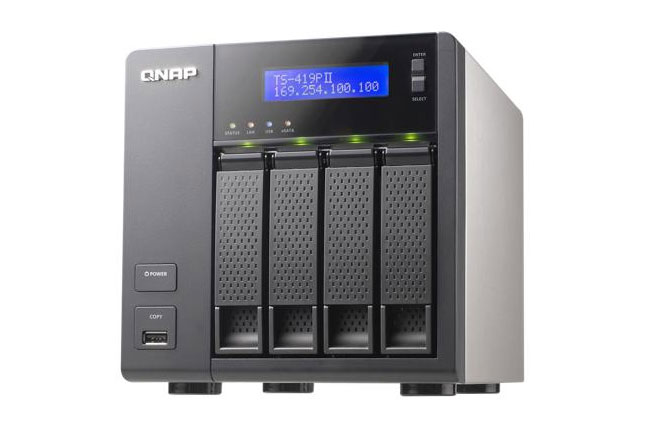 Each model of NAS  uses as little as four watts of power in sleep and seven watts in operation and with an optional MyCloudNAS service from QNAP, which can be used to convert the NAS drives into private cloud storage systems.