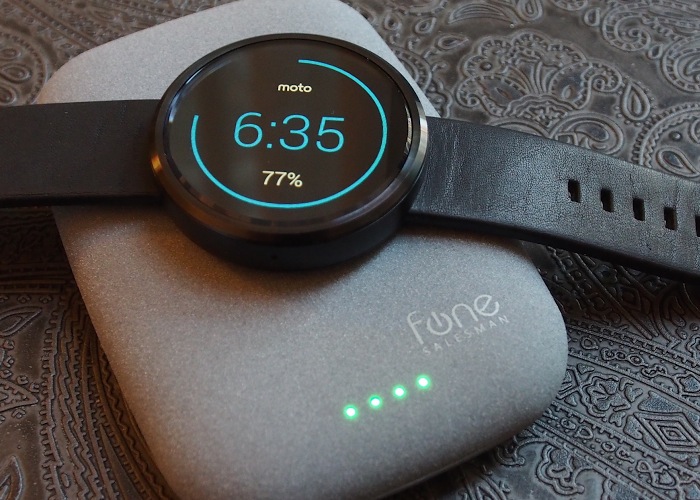 The QiStone+ is equipped with a 4000mAh and can itself be wirelessly charged using the Qi Wireless standard and is compatible with all Qi receivers. Watch the video after the jump to learn more about the QiStone+ wireless battery pack and see it in action.

“QiStone+ is the only Power Bank that can be called truly wireless. Thanks to Fonesalesman’s Qi+ technology, you can not only use the QiStone+ to charge other devices wirelessly, but charge it wirelessly as well. Any Qi-enabled charging pad, including QiStone, KoolPad, can be used to take advantage of Qi+.

QiStone+ is perfect for sharing. Thanks to its unique qualities, you can charge several devices at the same time, thanks to Wireless Power and Wired Transfer. Place one phone on the QiStone+ to charge it up wirelessly, and connect another device via USB.”

For more information on the new QiStone+ wireless battery pack jump over to the Fone SM website for details, specifications and the ability to buy for £45.