A new PS4 1.60 update for Sony’s next-generation console will be rolling out later today, bringing with it support for Sony official headsets in the form of the the PULSE and PULSE Elite Edition wireless PS4 stereo headsets.

The new PS4 1.60 update will also finally allow PS4 owners to enjoy 7.1 virtual surround sound within games and voice chat via the official PlayStation headsets. Sony has also today announced that their new Gold Wireless Headset will also be launching later this month. Check out the video after the jump to learn more. 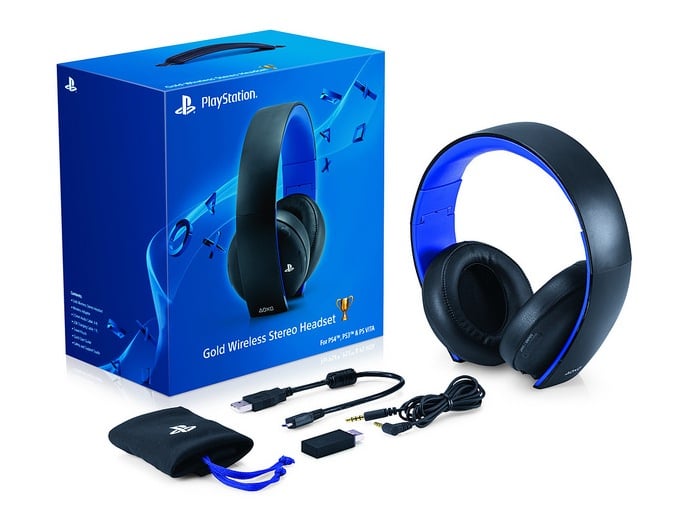 The new PS4 Sony Gold Wireless Headset will be available to purchase for $100 and offers gamers 7.1 virtual surround sound and custom audio modes created by developers specifically for PlayStation games. Together with a hidden noise cancelling microphone for in-game voice chat and customisable faceplates to name just a few. Sony explains:

“You can connect the Gold headset to your PS4, PS3 or computer using the wireless adaptor for eight hours of straight gameplay. The headset also is compatible with your PS Vita or other mobile device with the included 3.5mm audio cable. The portable, folding design and travel pouch make it perfect for playing games or listening to music at home or on the go.

The Gold Wireless Headset and the PULSE – Elite Edition are compatible with the free Headset Companion App, which hits PlayStation Store in February. The app allows you to download developer-created game modes that are specifically tuned to enhance a game’s audio. Kicking off the custom sound modes will be Sucker Punch, who’s developing a mode for their highly anticipated PS4 exclusive inFAMOUS Second Son. In addition to these custom game modes, the app also offers a variety of preset audio modes for games, music and movies, as well as a tool to create your own custom EQ mode.”