Anyone waiting patiently waiting for the arrival of the Wonderbook: Book of Spells for Sony’s PlayStation Move motion controller and PlayStation Eye, will be pleased to learn that the new interactive book will be launching on November 13th 2012. 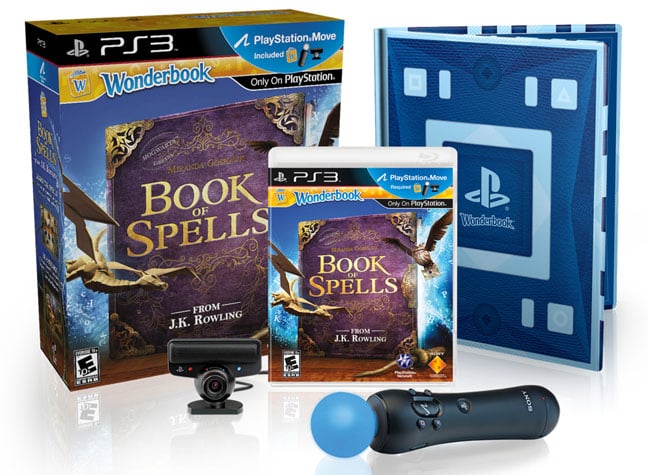 “By taking PlayStation Move’s augmented reality capabilities and pairing them with the Wonderbook peripheral, we were able to create a truly immersive, magical world in which you’ll be able to learn how to cast many spells including: Incendio, Wingardium Leviosa and Expelliarmus, with your very own spell book and wand.”

The Wonderbook: Book Of Spells will be available to purchase for PS3 for $40 and with both PlayStation Eye, and Move controller for $80.