A new Remote Play hack for Sony’s PS Vita portable gaming console and PS3, enables gamers to stream PS3 games not on Sony’s streaming list directly to their PS Vita consoles. The new hack has been shown on a number of YouTube videos that have been posted. Demonstrating how the hack can be used to play titles such as Red Dead Redemption, Mortal Kombat, Battlefield 3 and Batman: Arkham Asylum, and look very genuine. Watch Battlefield 3 in action streamed from a PS3 to Sony’s PS Vita after the jump. 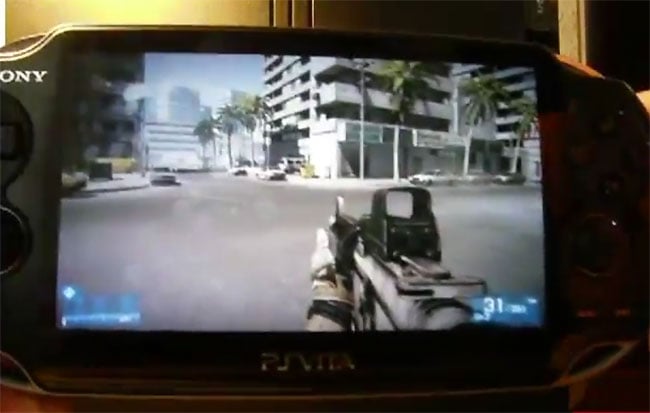 A hacked PS3 running versions of the 3.55 firmware is being used to play the games, which was the last update released by Sony that was vulnerable to the Fail0verflow security exploit. By adjusting a single variable Remote Play support can be enabled and is actually an OS-level function. Allowing a majority of PS3 games to run without any problems.

Officially the Remote Play feature was rolled out by Sony within their PS3’s 4.0 firmware. Within the older 3.55 firmware the PS Vita is displayed as a mobile phone, but still seems to function in the same manner. I wonder how long it will take Sony to quash this exploit, but in the mean time have fun!