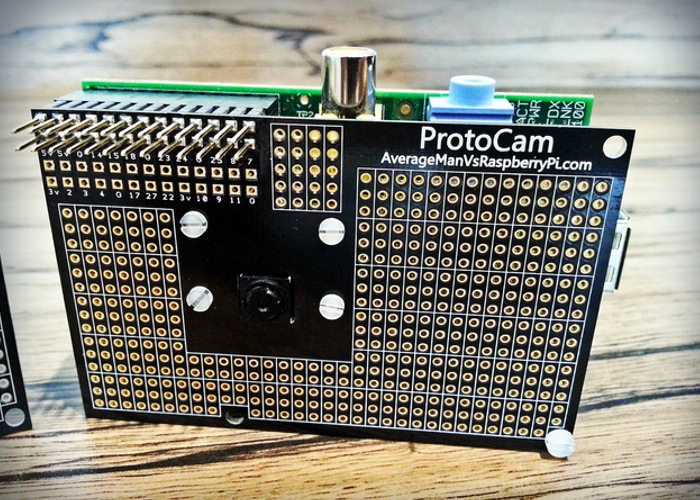 Makers, developers and hobbyists that enjoy creating projects using the awesome Raspberry Pi single board computer and its camera module. You might be interested in a new breakout board called the ProtoCam.

The ProtoCam is a prototyping board for the Raspberry Pi Model A and B mini PCs, that offers a unique way to prototype with your Raspberry Pi and its camera. Check out the video after the jump to learn more about the ProtoCam.

The ProtoCam project is currently over on the Kickstarter crowd funding website looking to raise £1,800 in pledges to make the jump from concept to production. The ProtoCam has been designed by Richard Saville based in Southend-on-Sea in the UK, who explains a little more about the Raspberry Pi breakout board.

The ProtoCam is designed to help you be creative. The large area of prototyping lanes makes it easy to fit LEDs, Infra red, segment displays, sensors, buzzers and much much more – all around your Camera Module!”

So if you think ProtoCam is something you could benefit from, visit the Kickstarter website now to make a pledge and help ProtoCam become a reality. For more details on Raspberry Pi displays and HATS jump over to our essential guide.