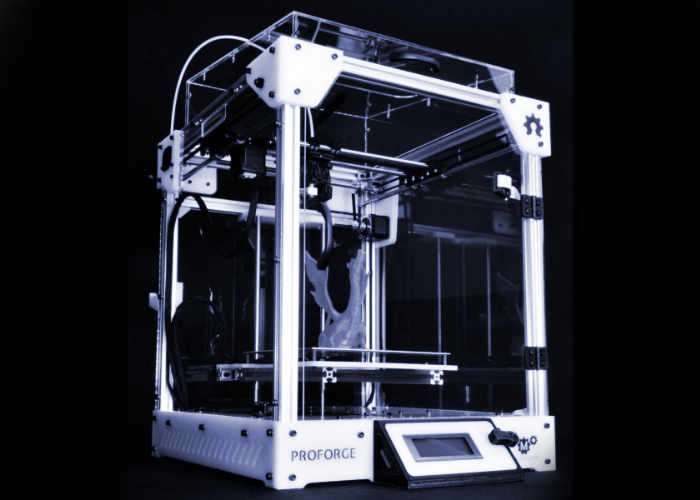 Makertech 3D based in the UK has created a new 3D printer called the Proforge which takes the form of an open source system complete with metal framework that can also laser engrave and be used as a CNC milling machine.

Watch the video below to learn more about this new 3D printing system which is now available to back from just £279 with delivery expected to take place during June 2017.

The 3D printer has this week launched by a Kickstarter and is it close to raising its required funds to go into production with still 26 days remaining on the campaign.

As with any project on Kickstarter comes risk, my responsibillity as the creator is to minimize as much of that as possible. Firstly, limiting the entire project to create a maximum of a 150 Printers, a number that I’m comfortable I can produce in the time period mitigates the chance of the project becoming oversubscribed, failing to meet its deadline and eventually running out of capital to fulfil all of the backers, a common problem that plagues most successful kickstarter’s.

Secondly, as highlighted in the manufacturing section of the campaign, 90% of parts for the Proforge are off the shelf, furthermore the suppliers for these parts have already been sourced and prices keyed in, the remaining parts are either 3D printed, CNC machined or laser-cut, all processes of which I am incredibly familiar with and will be done in house, the remaining aspects is packaging, something that will definitely not be scrimped on.

The proforge has also undergone five previous prototypes and several prototypes of its motion system ensuring that the printer is as advertised and scalable for bulk production in the choice of its parts.

For more details and full specifications jump over to the Kickstarter website via the link below.