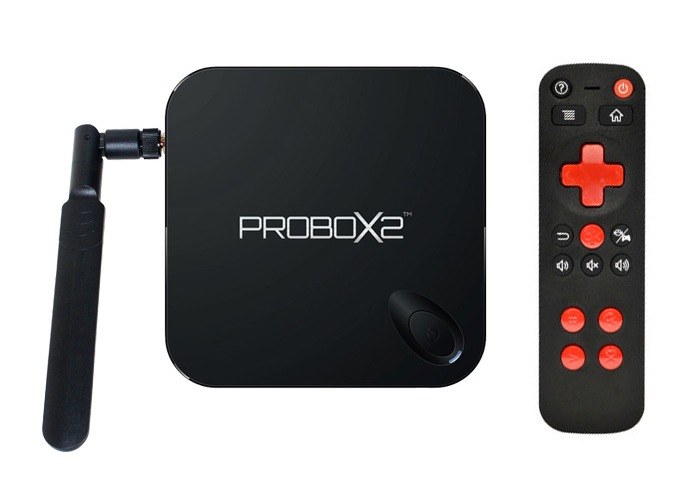 Last month during the Google I/O 2014 developer conference, Google unveiled their new Android TV smart TV platform which has been created to replace the previous Google TV hardware and enable users to enjoy an interactive television experience via a 10 foot user interface that is positioned on top of the existing television programme screen, via a Android box or TV.

Google has designed their Android TV to be used by manufacturers on TVs or Android TV set-top boxes and to aid with its launch Google has partnered with the likes of Sony, Sharp, and TP Vision to offer the Android TV platform in televisions expected to be released later this year and in 2015.

However Chinese manufacturers are not waiting for the release of the new Android TV platform to arrive and are already creating new Android TV box devices, such as the newly available Probox2 EX which is now available to preorder for $150.

Specifications for the new Probox2 EX Android box include the processor in the form of a Amlogic S802-H quad-core CPU which is supported by ARM Mali-450 graphics offering ultra HD 4K video support together with 2 GB of RAM and 16 GB of internal storage.

The new Probox2 EX Android box will ship running Android 4.4 KitKat however as soon as Google launches their new Android TV platform and operating system, you should be able to install the OS onto the Android box and other similar systems.

Other features of the Probox2 EX Android Box include 802.11n WiFi, and Bluetooth 4.0 connectivity together with an HDMI port, 10/100 Ethernet jack, a microSD card reader, micro USB port for power, and 2 x USB 2.0 ports. For more information and full specifications as well as the ability to place your preorder with shipping commencing next month jump over to the W2Comp website.