Pro Evolution Soccer 2011  was first unveiled on 9 February 2010 and has been released on the PlayStation 3, PC and Xbox 360 and is now ready for WP7 launch. Watch a hands on gameplay demo after the jump courtesy of Smart Keitai. 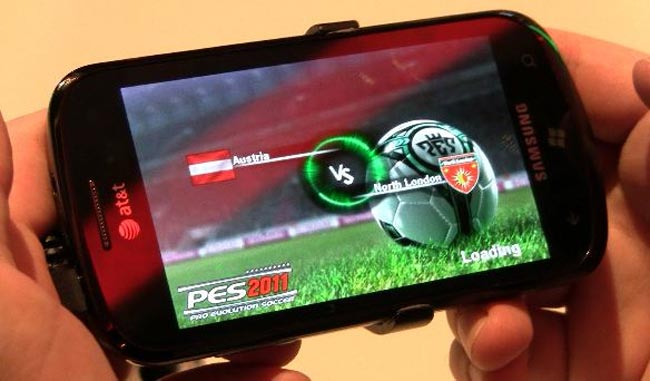 Pro Evolution Soccer 2011 has some new advancements over previous versions on the already released console versions and will hopefully have similar features on the WP7 release.

The console games feature improved defenders who now hold their positions naturally, rather than chasing any ball that enters their area; preferring to close down the attacker and force them into a mistake. Together with new shot and stamina gauges and improved player physics with every element of the in-game animations reworked.

Via WMPoweruser Via Smart Keitai