A little robot has been developed by a Dr Geuro which is capable of riding a two wheeled bike perfectly without the need for any aid what so ever. While riding the little robot is capapble of reaching speeds of up to 6 mph and rides in a similar way to that of a human.

To be able to balance on the bike the robot relies on centrifugal force from its front wheel and a gyro that helps with steering when travelling in a straight line.Watch a video of the littler robot cycling after the jump. Enjoy! 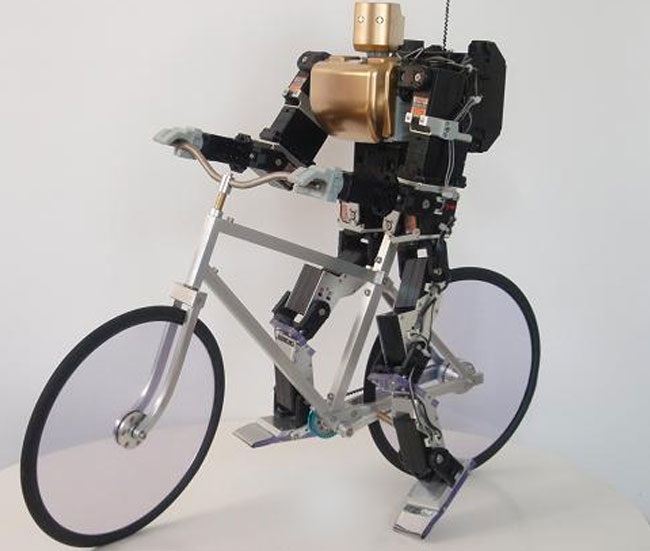 Even its stopping method is similar to that of a human, as the robot stops the momentum of the bike by dragging its foot along the floor for the final slow down.