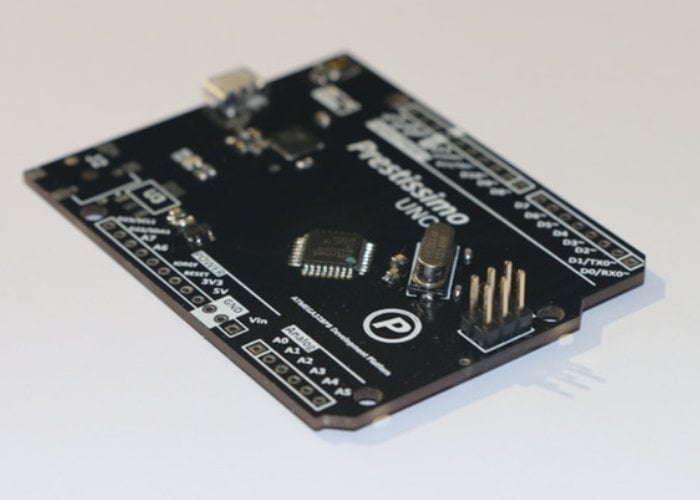 A new fully featured Arduino development board has been created called the Prestissimo Uno+ which is now available to back via Kickstarter with earlybird pledges available from just $20, AUS$28 or roughly £16. The Prestissimo Uno+ has been created to provide a platform for rapid electronics development and prototyping that brings the simplicity and ease off the hugely popular Arduino Uno with extra functionality.

“Additional hardware serial ports: No more bit banging!The need for a second UART port ( and one that is not shared with USB) on the Arduino Uno is so great that the “SoftwareSerial” library in included in the Arduino IDE. It emulates additional serial ports through “bit banging” (toggling of IO to emulate TTL serial). Consuming large amounts of processing power and memory, it is extremely inefficient and performs poorly when compared to hardware serial. With the Prestissimo Uno+, these problems disappear as there is an additional hardware serial port. Implementation is easy.”

For more details and full specifications of the Arduino Prestissimo Uno+ development board jump over to the official Kickstarter crowdfunding campaign page by following the link below.