Long story short, what it does is compress muscles. But wait, there’s more to this strange device than its core function. Built by CVAC Systems (why do they sound familiar?) and available on a limited edition basis—only 20 have been built—the pod has become a rare secret weapon among the sporting elite. 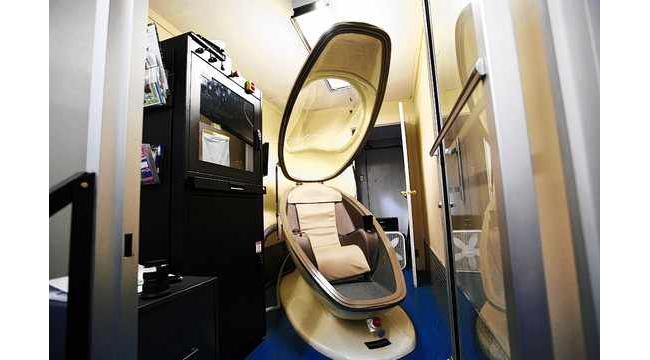 The profile centered on the CVAC Pod focused on Serbian tennis star Novac Djokovic, who has admitted using the pod for training purposes. Of course, what’s meant by ‘training’ is sitting inside the futuritic pod while it stimulates red blood cell production. Though the pod isn’t banned by the athletic mandarins who weigh on specific sports, it is ‘frowned upon’ as an unfair advantage.

Other athletes, however, have praised the pod and credited it with improving their game. According to them, sitting inside the pressurized egg is akin to a workout. The same goes for CVAC Systems exec Allen Ruzkowski, who surely doesn’t mind the great press the pod is getting.

In the meantime, we scratch our heads and wonder how the pod works its magic. A full workout they say? So you sit inside the thing and come out with washboard abs? It’s every slacker’s dream!