Earlier today, the notorious Twitter leaker @evleaks a press render of a mysterious dual-SIM Nokia handset that appears to be an Asha variant, but different from the current models that are already available in the market. The tweet came with a photo and a caption that says, “What Is This Thing? dual SIM edition.”

If you take a closer look at the press render, it doesn’t appear to be the recent Asha 5.xx models, as it has a thinner bezels and could be the upcoming Asha 504. 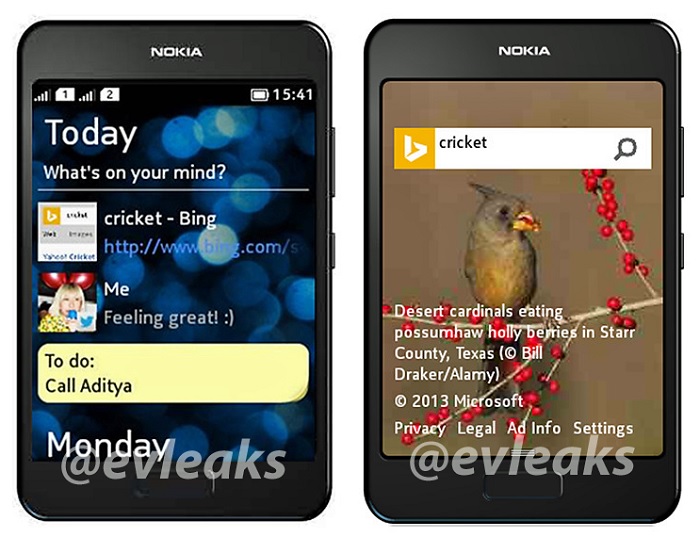 By the looks of it, the alleged handset carries a screen size of 3.2-3.5 inch and doesn’t feature a home button similar to the previous Asha line up. The new home button looks quite similar to the one found inside Samsung handsets and also displays Bing as its default search engine.

The Twitter leaker didn’t offer anything else about the handset, but it’s definitely an upcoming Asha model. Nokia could launch this new device at the Mobile World Congress 2014 which will take place later this month in Barcelona, Spain. Nokia is also rumored to take the wrapss off of the alleged Nokia Normandy, a handset that has created a buzz on the internet as it is expected to come with a forked version of Android on top of it.