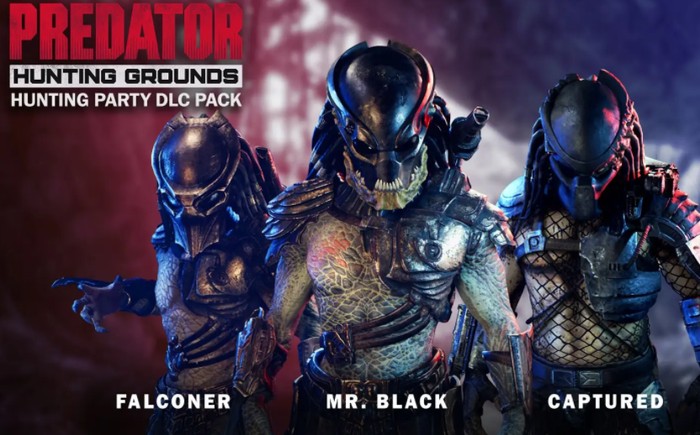 The development team at IllFonic have announced the release of the new Predator Hunting Grounds Hunting Party DLC which includes the new Falconer, Captured, and Mr. Black Predators. “These three members of the Yautja race have been roaming the world for some time. Mr. Black, also known as a super, or berserker, Predator, was identified by Isabelle Nissenbaum while stranded on the Game Preserve Planet, and was involved in the first known instance of Predator subspecies conflict.

Falconer, also part of the breed of Super Predators, employs unorthodox tactics and masterful reconnaissance on the hunt, but has shown a willingness to face his enemy on an even field. And then there’s the Captured Predator, a prisoner and victim of the evident blood feud happening on the game reserve planet, he is rumored to have belonged to the same clan as the original Jungle Hunter.”

“We are not sure where 2021 went, but it feels as if it just flew by and the holiday season is already upon us. We are so thrilled to see this community continue to grow and thrive in the jungle with us! In this month’s Paid DLC we wanted to bring a great group of Hunters to the game for the holiday season. We have heard some chatter in the community asking for it and we are happy to announce that December’s DLC is the Hunting Party. “

“December’s free update includes the release of the Exiled Predator’s hook weapon from October. In addition, we all know that Yautja are not invincible, and these new cosmetics show that they can definitely bleed. This update also contains the Predator Mask Scars cosmetics. We are pretty certain that the Predators wear their scars with pride. Now you can choose which war wounds to show off too.

All of us here at IllFonic want to wish you a wonderful holiday season! We hope to see you in the jungle over the break! And as we round the corner into 2022 and make our way to the 3rd Anniversary of Predator: Hunting Grounds we are honored to continue hunting next to you all! We have more coming in the New Year and cannot wait to share details in the future.”