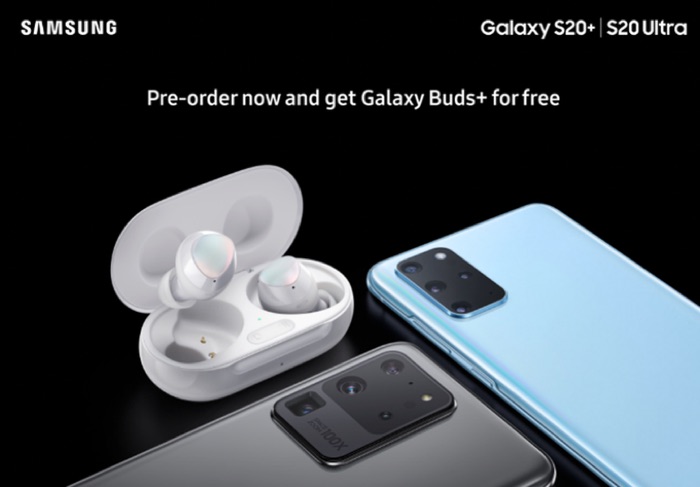 There will be a number of new Galaxy S20 handsets at Samsung’s press event next month, there will also be some new Galaxy Bud headphones,  the Galaxy Buds+.

Now it would appear that if you pre-order one of the top handsets, the Samsung Galaxy S20+ or Galaxy S20 Ultra, you will get a free pair of Galaxy Buds+ handsets.

The picture above was posted on Twitter by Evan Blass and it appears to be an official promotion for the handsets from Samsung.

As we can see from the photo Samsung will be giving people who pre-order the Galaxy S20+ and Galaxy S20 Ultra a free pair of Galaxy Buds+ headphones.

These new Samsung Galaxy S20 smartphones will be made official at a Samsung Unpacked press event on the 11th of February, we will have more details about the handsets then.