I don’t think it matters what smartphone you use, at one time or another we all need extra runtime to make it through the day. If you are the user of a Samsung Galaxy S III smartphone who needs a new case and would like some extra runtime for your device, PowerSkin has your product. 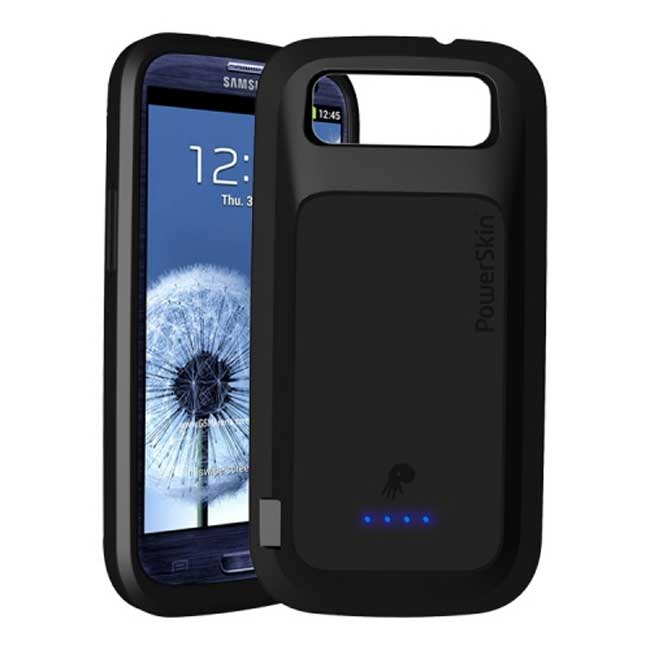 This new case adds a 1500 mAh internal battery to extend talk time by up to 2.83 hours. That much battery will also let the phone stay on standby for 97 hours per charge. Along with that extra battery is also NFC technology to allow communications between two devices placed close by.

The case ships with the cable needed to charge the case and its internal battery as well as the smartphone battery. The case is made from silicone and will protect the smartphone from drops, dust, and shock. The case can be purchased right now for $79.99.