A new mobile charging system has been unveiled this week at CES called the Powerpukk, which has been developed by Swedish firm myFC who has created the PowerTrekk charging system, SiGNa who has designed the PowerPukk charger. The new type of charging device uses just water and a non toxic chemical called sodium silicide to create hydrogen gas which then powers the fuel cell.

The PowerPukk charger is equipped with hockey puck sized cartridge of sodium silicide on one side and a water tray on the other. Simple add a couple of spoonfuls of water to start the power up process to charge your devices. Watch the video after the jump to see it in action. 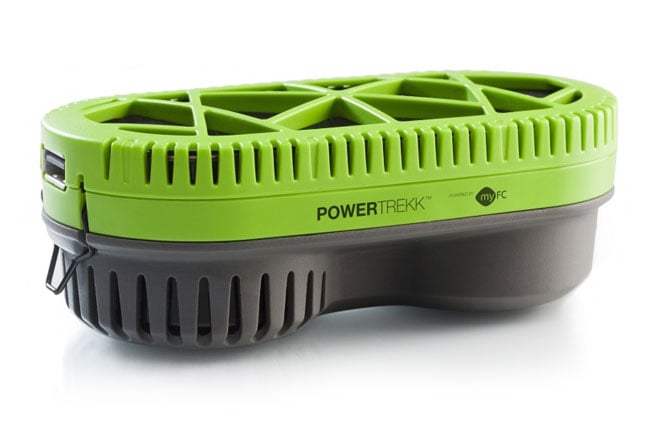 The PowerPukk charger is both non-corrosive and leak proof and can be used with fuel cells from 1W to 3kW in size. Once a cartridge is used simply slip in another to create more energy when required. Any water source will do even dirty water from a puddle. The energy creation process provides around the same energy as four AA batteries and delivers around 10 hours of phone battery life.

The PowerPukk charger will be arriving in stores during May or June this year, and will cost between $200 to $250 dollars. Extra sodium silicide cartridges will cost around $4 each. For more information jump over to the PhysOrg website.