PowerColor has announced its latest ATI branded video card. The new card is the LCS Radeon HD 5870 and it comes with a waterblock for liquid cooling systems installed from the factory.

The video card is highly overclocked thanks to its liquid cooling solution with a core clock of 950MHz and a memory clock of 1200MHz. The card has 1GB of GDDR5 RAM and features a 256-bit memory interface. 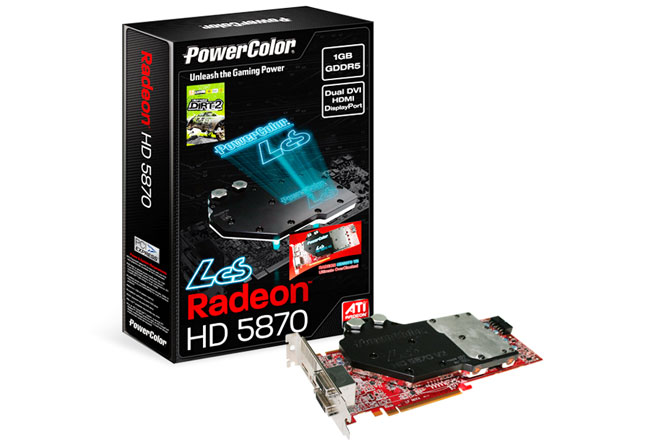