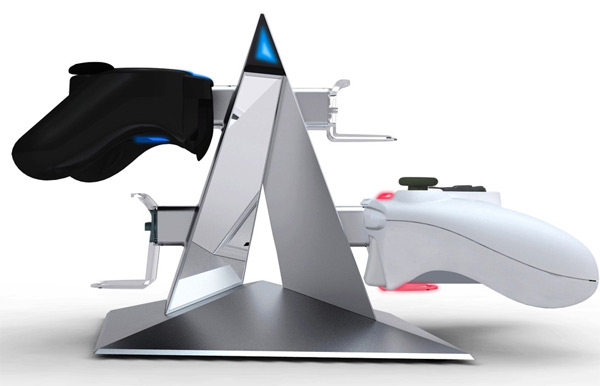 The futuristic and stylish design allows you to stack the controllers on both side of a mirrored centre pyramid. LED’s on the Power Pyramid Suprem allow you to see the power status of your controllers and alerts you once they are fully charged. Whgen charging the LED glows red and once fully charge glows blue.

Available to purchase for around $39.99