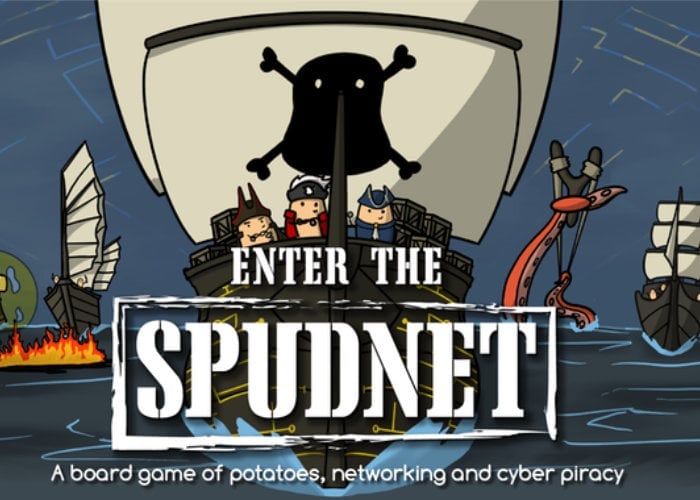 Codomo the Singapore-based education technology company has created a new addition to its Potato Pirates game which first launched via Kickstarter back in 2017. Potato Pirates is a card game that teaches 10 hours of programming in just 30 minutes without any computers. Watch the promotional video below to learn more about the board game on cybersecurity and computer networking which is raised over $50,000 thanks to nearly 1,000 backers with still 31 days remaining.

Earlybird pledges are available from roughly $52 and worldwide shipping is expected to take place during August 2020 if manufacturing progresses smoothly. Potato Pirates: Enter the Spudnet is inspired by how the Internet works, the possible dangers online and how one can stay safe in the cyber space.

“In the game, the spudnet is a web which connects shipping routes throughout the Carbobbean Seas, much like the world wide web which connects our world. You play as a Potato Pirate, competing with other factions to be the most reliable delivery service over on the spudnet. Dispatch ships from your warehouses and use your power-ups to either get ahead of your competition or launch cyberattacks to gain the upper hand. Be warned, what goes around comes around. For a Potato Pirate, cybercrime always pays! Be the first to fulfill all your orders to gain the trust of the potato folks in your spud-tastic service and win the game.”

“Potato Pirates has been featured on renowned publications like USA Today, Mashable and The Wall Street Journal as one of the best tools for learning STEM. One of the most successful games to come out of Singapore, it has been translated to 27 different languages, and is being distributed worldwide by American publisher Thinkfun. Potato Pirates was awarded the Singapore Good Design Award, Japan Good Design Award and the Core 77 Good Design Award 2018 in the education category.”