Both portal games have been a great success for Valve since their release, and if you are a fan of Portal and Aperture gadgets, or know someone who is. Then these fantastic Portal flashlight keychains might well be worth adding to yours or their gadget list this holiday. 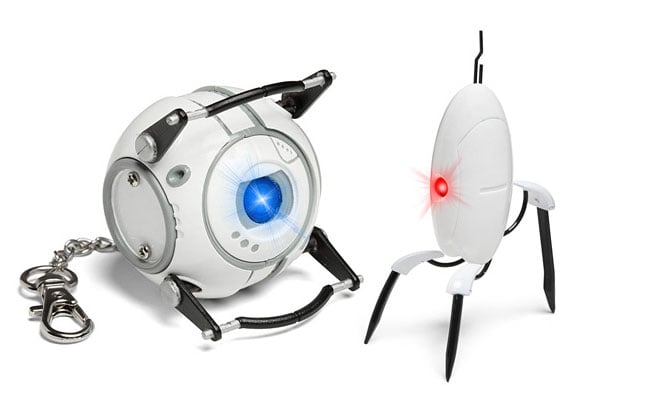 The miniature Portal turret is equipped with a red LED light and sound effects to match, from both the original and sequel Portal games. Wheatley unfortunately doesn’t come with any sounds effects but lights up with a blue LED.

Both are now available from Think geek at $20 for Wheatley and $25 for the Turret.