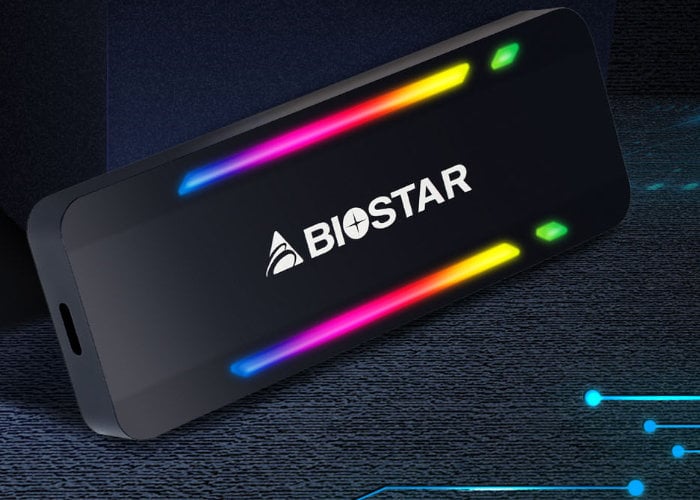 Biostar has introduced two new portable SSD drives in the form of the P500 series offering both 512GB, 1TB and 2TB of portable storage. Each drive is equipped with a USB 3.2 Gen2 Type-C connector providing 10 Gbps of ultra-fast data transfer speeds. 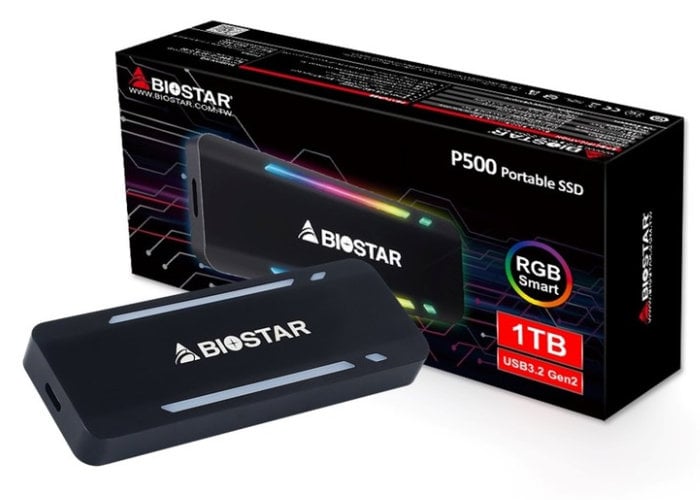 “Powered by its superior NVMe storage technology which is extremely useful for content creators and gamers with faster load times, universal connectivity and BIOSTAR’s superior reliability for highly demanding storage solutions. The sleek refined design language of the P500 Portable series SSD is further defined by its inbuilt RGB indicator light system with a unique smart switch that works by tilting the device in an angle of 45 degrees or above which in turn will automatically turn off the RGB lights of the SSD unit and turn the lights back on again when the device is laid flat on a surface. This smart switchless design further enhances the device’s protection against electrostatic discharge and data loss.” 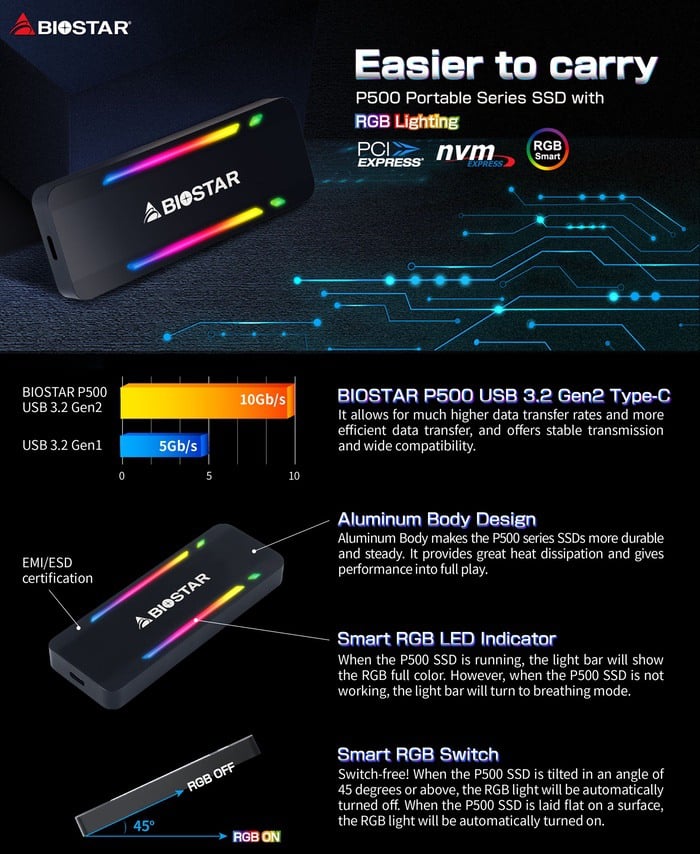 Features and specifications of the Biostar P500 portable SSD range include :

Unfortunately, no information on pricing or worldwide availability has been released as yet by Biostar, but as soon as information comes to light, we will keep you updated as always.