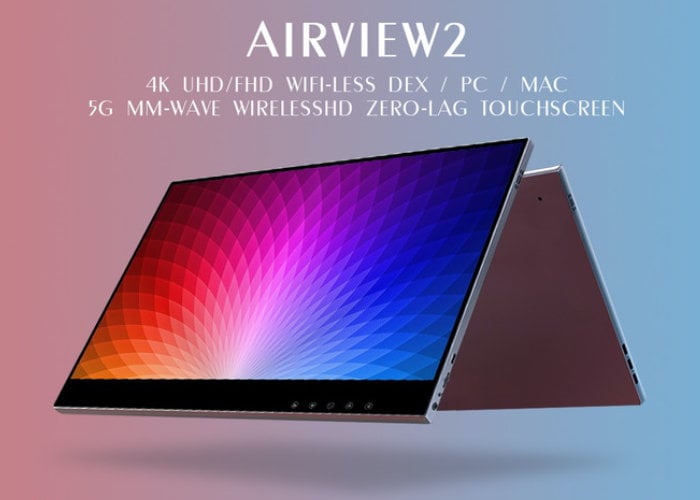 Airview has returned to Kickstarter to launch their second generation wireless touchscreen portable monitor. The AirView2 supports connectivity to a wide-ranging of platforms and devices including Samsung DeX, Mac, Windows, Android and more. Offering both wired and wireless connectivity via HDMI, thanks to its plug and play design.

Early bird pledges are now available from $477 or roughly £366 offering a 32% saving of the recommended retail price. If the Kickstarter campaign is successful and manufacturing progresses smoothly worldwide deliveries are expected to take place sometime during January 2021. 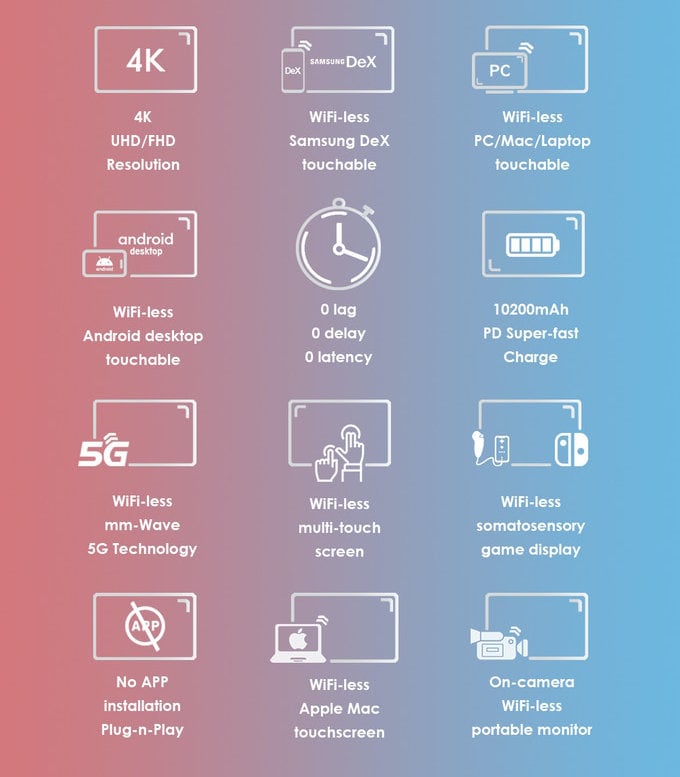 “AirView2 utilizes the industrial leading WirelessHD (mm-Wave) technology that is normally found in 5G networks. The WirelessHD specification is based on a 7 GHz channel in the 60 GHz Extremely High Frequency radio band. It allows either lightly compressed (proprietary wireless link-aware codec) or uncompressed digital transmission of high-definition video and audio and data signals, essentially making it equivalent of a wireless HDMI. First-generation implementation achieves data rates from 4 Gbit/s, but the core technology allows theoretical data rates as high as 25 Gbit/s (compared to 10.2 Gbit/s for HDMI 1.3 and 21.6 Gbit/s for DisplayPort 1.2), permitting WirelessHD to scale to higher resolutions, color depth, and range.”