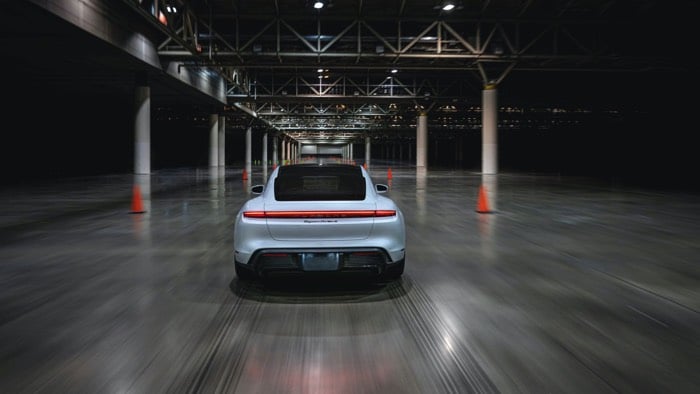 Porsche has set a new Guinness World Record for the fastest vehicle indoors with their Porsche Taycan Turbo S. The record was set by racing driver Leh Keen.

The previous world record speed indoors was 138.4 km/h and Porsche managed a speed of 165.1 km/h, the record was set inside an exhibition hall in New Orleans, have a look at he video below.

“I didn’t really appreciate the scale of the record attempt until my first exploratory run. The surface is so unpredictable, so slick, that you have to have complete trust in your car. It truly was like ice – and you’re accelerating flat out, facing a really hard wall at the end. Suddenly, even in a massive space like the one we had, it seems very small,” said Keen after his record attempt. “I could feel the Taycan’s systems figuring it out, working so hard to keep me heading straight – it was such an impressive feat. To accelerate so hard on such an erratic surface was incredible. Not for a moment did a doubt I could do it.”

You can find out more details about this new Guinness World Record set by the Porsche Taycan over at Porsche at the link below.