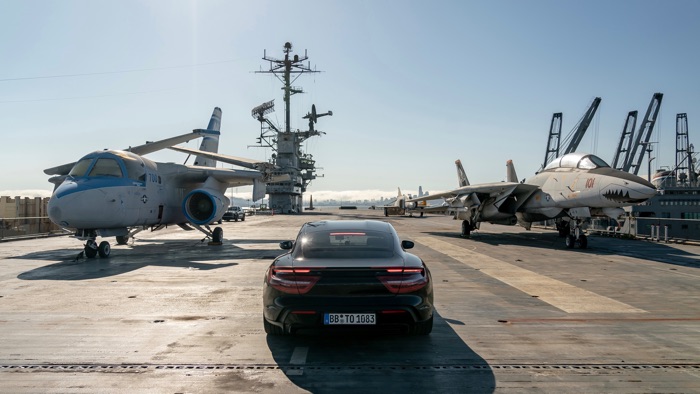 The new Porsche Taycan will be made official tomorrow, we have already seen a video of the car around the Nürburgring and now we have another video.

The latest video shows the Taycan accelerating for 0 to 90 miles per hour and then back down to 0, this is done on the USS Hornet aircraft carrier.

The soon to be released Taycan outdoes itself with a new first. Watch professional racer, Shea Holbrook, floor the Taycan from 0 to 90 mph and back to 0 in just 10.17 seconds, on none other than the USS Hornet aircraft carrier.

We will have more details on the new Taycan electric car when it is announced at the Porsche press event tomorrow.