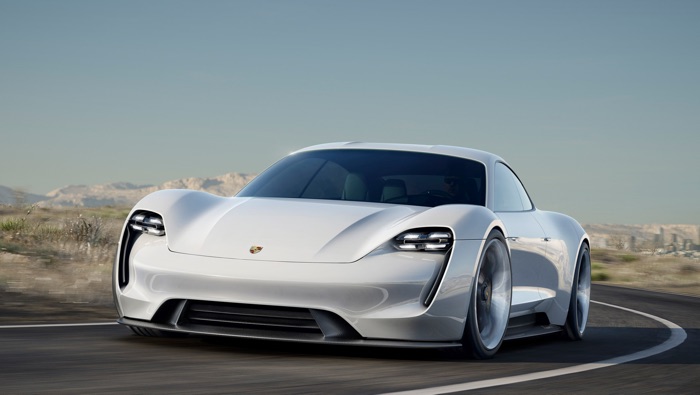 Porsche has announced the official new of the Porsche Mission E, the car will launch as the Porsche Taycan.

The Porsche Taycan is launching in 2019 and it is Porsche’s new electric sports car, it will be powered by two electric motors that will give the car around 600 horsepower.

The name can be roughly translated as “lively young horse”, referencing the imagery at the heart of the Porsche crest, which has featured a leaping steed since 1952. “Our new electric sports car is strong and dependable; it’s a vehicle that can consistently cover long distances and that epitomises freedom”, explains Oliver Blume, Chairman of the Executive Board of Porsche AG. The oriental name also signifies the launch of the first electric sports car with the soul of a Porsche. Porsche announced the name for its first purely electric series as part of the “70 years of sports cars” ceremony.

You can find out more details about the new Porsche Taycan over at Porsche at the link below.