Xbox 360 racing fans who enjoy playing Forza 4 have an expansion pack they can download that adds 30 new vehicles to the mix. All of the vehicles are current and classic Porsche Street and racing vehicles. The expansion pack is suitably named the Porsche Expansion. 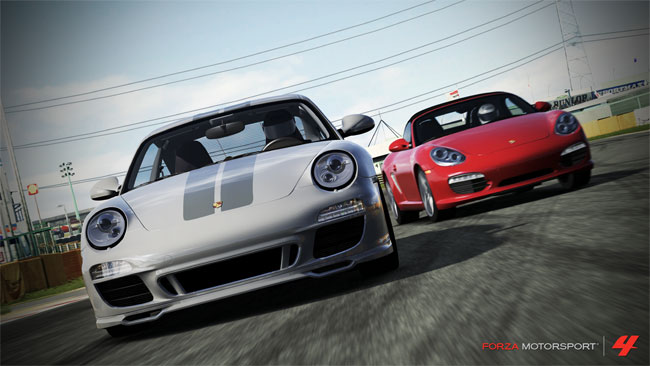 The pack sells for 1600 Microsoft points and is available for download right now. Along with the streetcars, the game also offers access to vehicles that drove in the American Le Mans series GT and GTC classes. Porsche make some of the finest sports cars in the world, so it’s cool to get so many of them available for the video game.

“The emotion and realism of Forza 4 creates so much of that same challenge and buzz I get out of putting a sportscar on the edge during my day job,” said Patrick Long, Porsche Motorsport factory driver. “It’s also an excellent way to learn the same tracks that we race in the American Le Mans Series (ALMS) and around the world. In addition, it is really cool to share the experience with our fans while at the same time driving one of my dream combinations of my favourite Porsche models on my favourite racetracks around the world.”