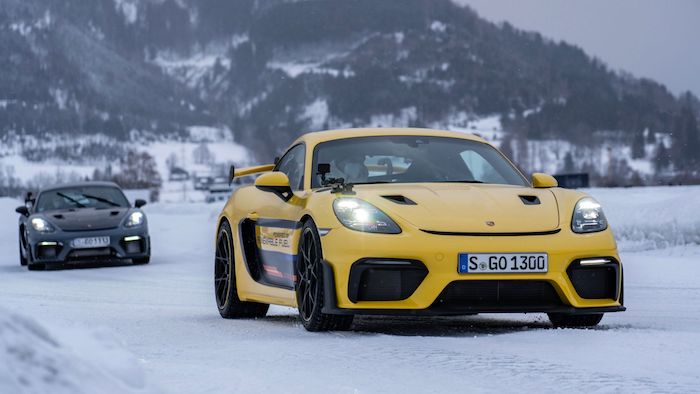 Porsche has shown off its new Porsche Cayman GT4 RS and GT4 RS Clubsport at the GP Ice Race in Zell am See, the cars were powered by renewable petrol.

Bot cars were using synthetic fuels which have lower carbon emissions than standard petrol, this new fuel is an advanced biofuel that has been made from food waste. 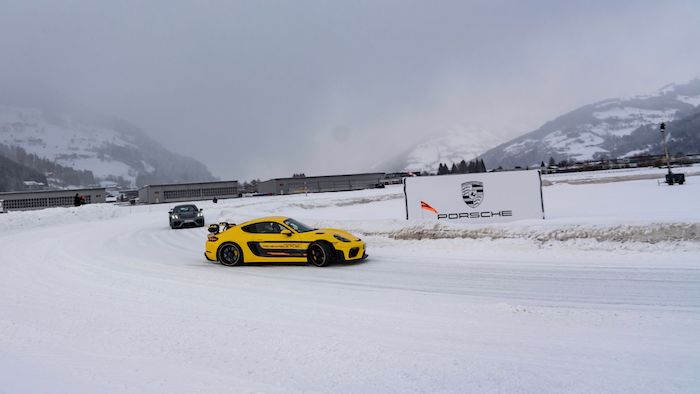 The Porsche 718 Cayman GT4 RS is an uncompromising driver’s car designed to impress with its lightweight construction, extremely agile chassis set-up, sophisticated aerodynamics and unique soundtrack. At its first European appearance in Zell am See, the flagship of the 718 family demonstrated all this in impressive fashion – and with significantly reduced CO₂ emissions.

The GT4 RS models were powered by synthetic fuels, which can make an important contribution to lowering carbon emissions in the transport sector. In this case, the fuel was a renewable petrol based on an advanced biofuel made of food waste products. The fuel had previously demonstrated its suitability for use in high-performance Porsche engines in the Porsche Mobil 1 Supercup, where it was used in all the teams’ 911 GT3 Cup cars for every race of the 2021 season. 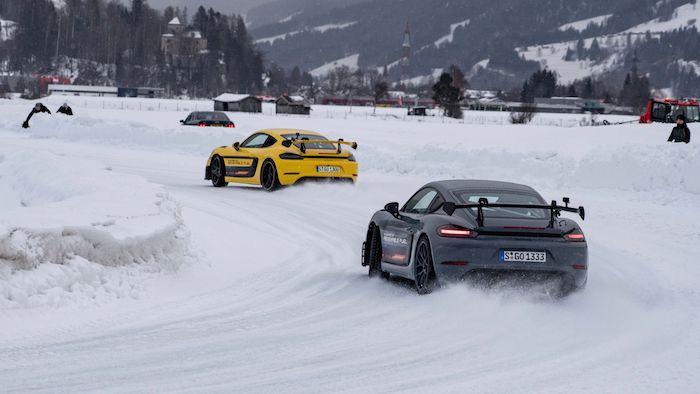 You can find out more details about the new Porsche Cayman GT4 RS over at Porsche at the link below and also about this new biofuel that has been developed.