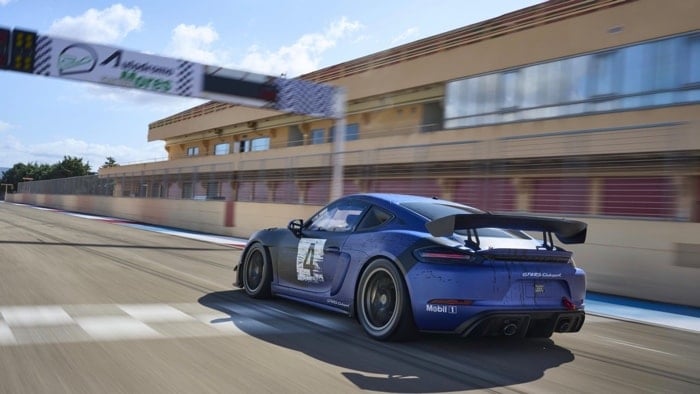 The Clubsport version of the car is specifically designed for the track and as a race car it is not designed to be used on the road.

The most significant change is the 4.0 litre six-cylinder boxer engine. This high-revving powerplant has been taken directly from the 911 GT3 Cup race car and develops 500 PS in the 718 Cayman GT4 RS Clubsport – 75 PS more than the previous GT4 Clubsport model. In addition to many upgraded details, the focus in developing the new 718 Cayman GT4 RS Clubsport was on further improving overall performance. The standard 7-speed dual-clutch transmission (PDK) fitted to the car now uses all seven forward gears, rather than six. All gears feature shorter ratios than in the previous model. Depending on the track and series-specific regulations, the new 718 Cayman GT4 RS Clubsport can achieve lap times that are over two percent quicker than the previous model. The homologated vehicle is track-ready ex factory and can be used in SRO racing series around the world without further modifications.

You can find out more information about both of the new Porsche 718 Cayman GT4 RS models over at Porsche at the link below.