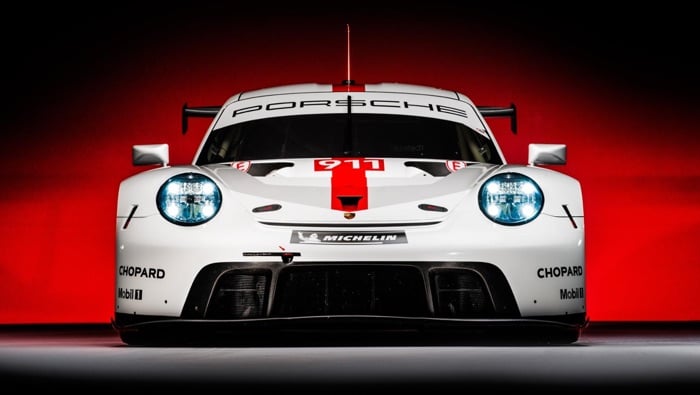 The new Porsche 911 RSR has made its debut at the Goodwood Festival of Speed, the car took part in the hill climb at the festival.

The 911 RSR can be seen in the video below, the car will be used for the FIA World Endurance Championship.

The Porsche Motorsport endurance racer took its first steps in the hands of Porsche GT Team driver Gianmaria Bruni. Jörg Bergmeister introduced the car live to the world at the start of the Goodwood Hillclimb. The car is expected to defend the FIA World Endurance Championship (WEC) title.

You can find out more information about the new Porsche 911 RSR over at Porsche at the link below.