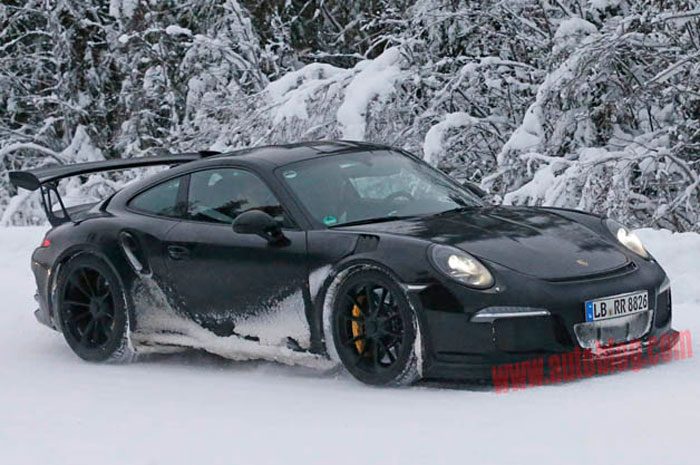 Car guys and gals always like to see pictures of unannounced new cars when they hit the web. When those unannounced cars are cool sports cars, all the better for car peeps. Case in point are some images of a handful of Porsche 911 GT3 RS cars that were spied during winter testing somewhere in Europe. There were at least four of the cars in the winter convoy and they were all almost identical clad in all black.

You can tell from the large rear spoiler that the car is meant for track use. The rear quarter panels of the car also have air intakes to keep the big 4.0L flat-six cool in high sped operations. One of the more interesting touches are the vented front fenders that appear to be to help get air out of the fender well area and reduce lift at speed.

It’s unclear what sort of power the car will develop. What we do know is that the normal GT3 pumps out 475hp and the last GT3 RS 4.0 put down 520hp. We expect the new GT3 RS to have at least a bit more power under the rear hatch.