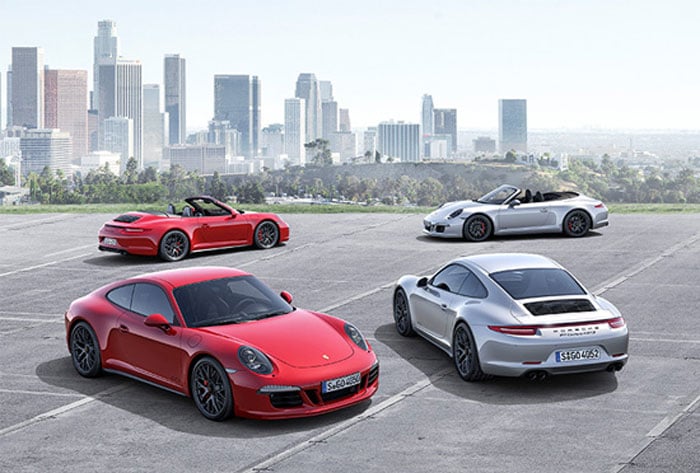 Porsche has added a new model to its long running and very popular 911 line up. The new Porsche model is the 911 GTS, available in coupe and cabriolet form. This car is meant to skirt the gap in the 911 lineup between the 911 Carrera S and the 911 GT3 bred for the racetrack. In coupe or convertible form, the car has a 430hp engine, which is the same engine used in the 911 Carrera S Powerkit.

Both versions of the 911 GTS feature the Sport Chrono package and Sport Exhaust. The cars also ride on standard PASM active damper system, which lowers the car by 10mm compared to the normal 911 Carrera. Porsche says that when the car is fitted with the PDK paddle shift transmission, it can reach 60mph in 3.8 seconds for the coupe and 4.0 seconds for the cabriolet. 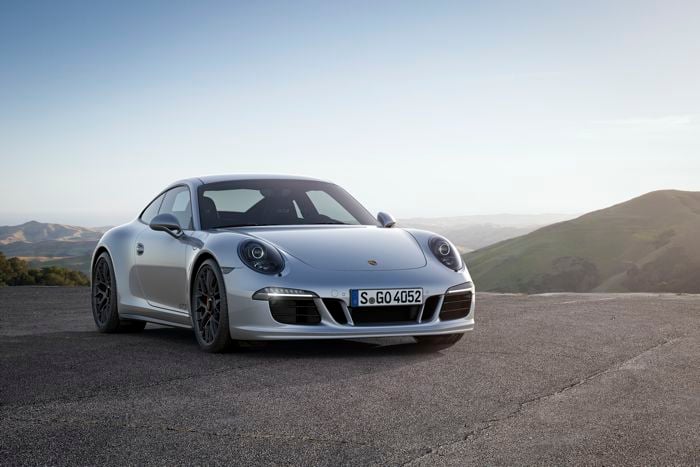 Top speed for the new GTS models is 187 to 190 mph and the cars can be had in all-wheel drive or rear-wheel drive. All GTS models are based on the 911 Carrera 4 body with wider rear fenders and track. They also use gloss back center lock wheels and Bi-Xenon headlights. The 911 Carrera GTS starts at $114,200 for the base GTS coupe and goes up to $132,800 for the cabriolet AWD.