If you’re an iOS user, you must have heard about the popular Frontback app. The app lets users take photos using both the front camera and the back camera simultaneously.

The app is now available for Android users and can be downloaded free of cost from the Google Play Store. Many may consider this to be just another photography apps for Android, but the simultaneous image capture feature is the most interesting part in the app. 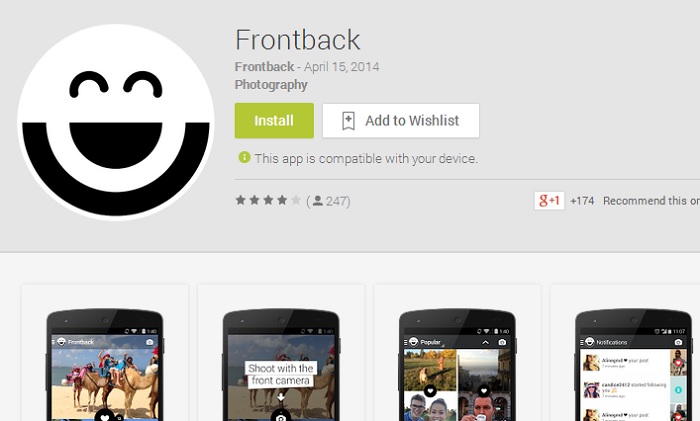 I know many Samsung fans already know about this since the Korean OEM has introduced this feature in its handset that let users capture images from both cameras at the same time. The app provides a quick way to make use of this feature, and also comes with several other features on board, including the ability to write captions for the captured images, add locations, share the image via SMS or multiple social networks such as Facebook, Twitter, and much more.

If you think its interesting, head over to the Google Play Store and give it a shot. Let us know what you think about Frontback using the comments below.