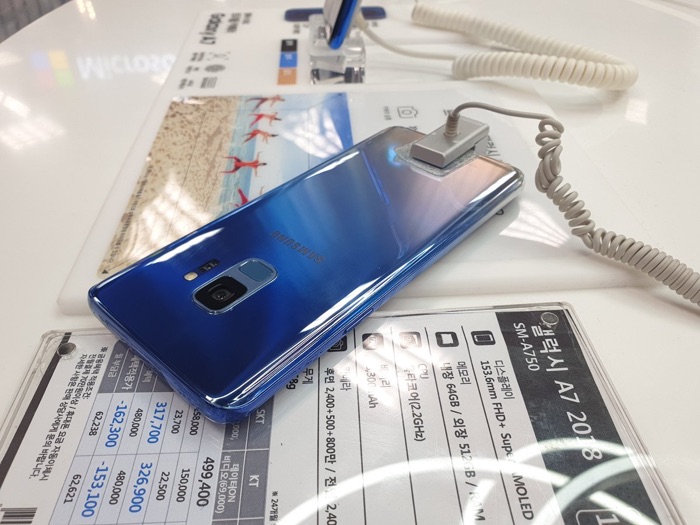 It looks like Samsung is getting ready to launch a new color option for its Samsung Galaxy S9 smartphone, the new color will apparently be called Polaris Blue.

These photos were posted on Twitter by Ice Universe and give is a look at this new color option on Samsung’s flagship S9.

Samsung already has a blue version of their S9 which is called ice Blue, although this new Polaris Blue appears to be darker than the current handset.

As yet there are no details on when this new color will be available, it is expected to be made available in Samsung’s home country of South Korea first. As soon as we get some more information about this new handset, we will let you guys know