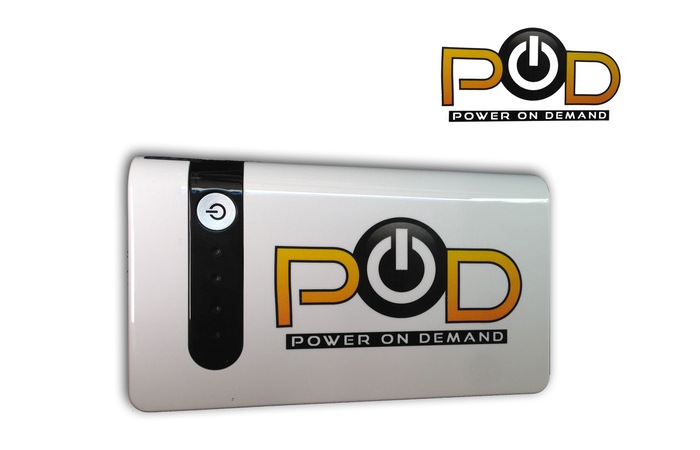 Anyone looking for a little extra power for their mobile devices whilst out and about might be interested in a new powerful portable battery pack called the X4 POD or Power On Demand pack, which has launched over on the Kickstarter crowd funding website this week.

The powerful portable battery pack is equipped with a 12,000 mAh rechargeable battery and is capable of jumpstarting a 10volt engine if required or charging up to 4 mobile devices simultaneously.

“If you’ve ever needed a jump start, but there was nobody you could ask to hook their car up to yours, then this is your portable solution. The Power on Demand X4 jump starter is capable of jump starting everything from small atvs and watercraft up to a V-10 engine.

It carries a charge for up to one year so you can charge it and leave it tucked away in your trunk or you can carry it with you on business trips and charge up your laptop or tablet or smartphone. It even has a flashlight built in.

The X4 is just about to hit the market and already we are developing the NANO version which will be about half the size of the X4. The X4 is roughly 5″x3″x1″, and the nano will be closer in size to your cell phone (only a half inch thick).”

The X4 POD project is currently over on the Kickstarter crowd funding website looking to raise enough pledges to make the jump from concept to production.