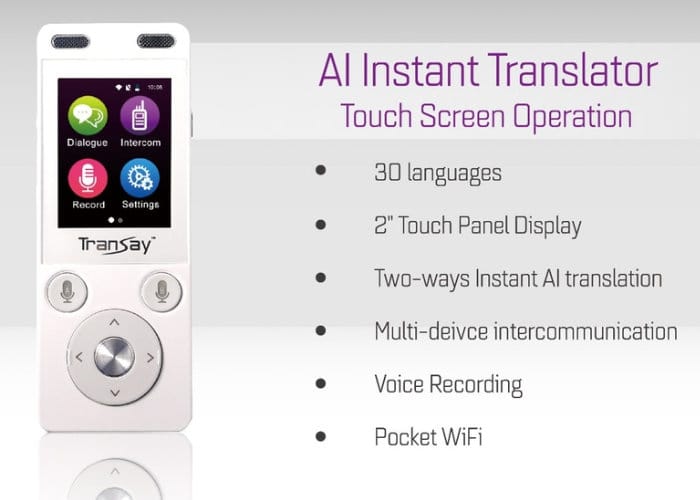 Anyone searching for a multi language instant pocket translator that offers artificial intelligent translation for 32 languages, may be interested in a new Kickstarter project which is launched this week for the Transay pocket translator. Watch the demonstration video below to learn more about the multifunctional device that provides instant two-way translation as well as, voice recording and a handy touchscreen display for navigating menus and accessing different features. 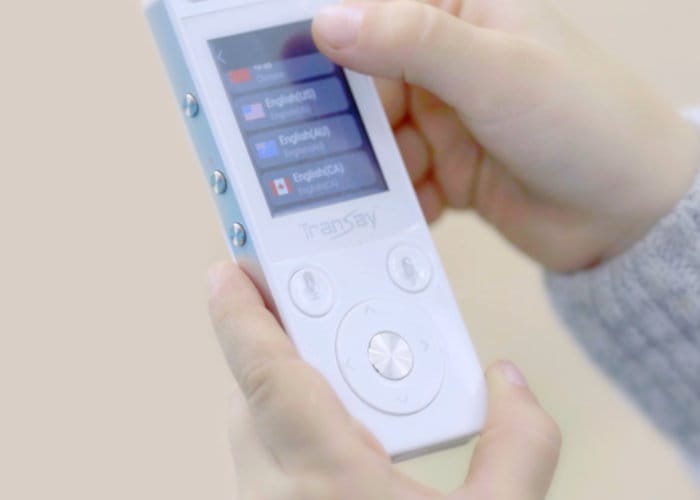 The Transay pocket translator is available to back via Kickstarter with pledges starting from $272 or £192 for super early bird backers. The team of developers responsible for creating Transay are hoping to raise just over £14,000 over the next 30 days to help take their new hardware into production. If all goes well shipping is expected to start during March 2018.

Other features of the pocket translator include “Speed-to-text” translation, multi device intercom communication, simple operation, thanks to its 2 inch touchscreen panel and an integral battery that is capable of providing up to 8 hours of continual use or three days of standby from a single charge.

The pocket translator is also equipped with a WiFi 4G LTE Sim Card can also be used to provide a small wireless hotspot if required and is capable of functioning for up to 4 hours on a single charge. For more information, full specifications and the list of all available pledges jump over to the official Transay Kickstarter crowdfunding campaign website by following the link below.