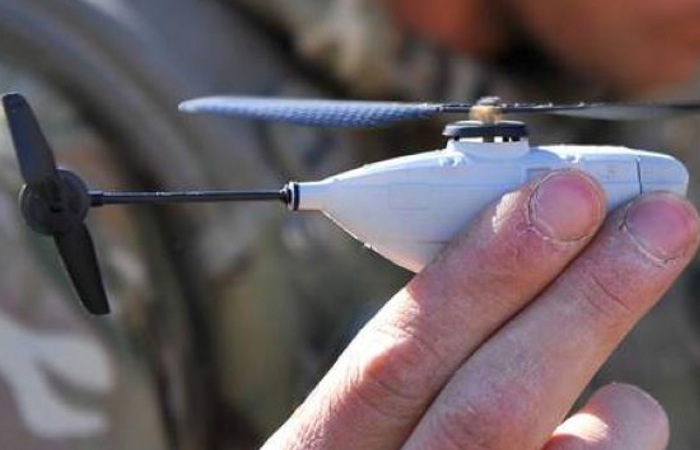 A new style of video surveillance drone is being developed by the US Army in the form of the Cargo Pocket Intelligence, Surveillance and Reconnaissance program or CP-ISR for short.

The CP-ISR surveillance drone has been created to increase the situational awareness of foot soldiers by providing real-time video surveillance to aid them get a better idea of the environment around them.

The Prox Dynamics’ PD-100 Black Hornet is one such drone and weighs just 16 grams and has been designed to fly for up to 20 minutes providing a digital view of the surrounding area using one of its three embedded cameras. Being controlled remotely and aided by GPS navigation and its size makes it virtually undetectable by any targets that might be under surveillance. The US Army explains a little more :

“While larger systems have been used to provide over-the-hill ISR capabilities on the battlefield for almost a decade, none of those delivers it directly to the squad level, where Soldiers need the ability to see around the corner or into the next room during combat missions.

When Soldiers and small units need to assess the threat in a village, or in thick canopy terrain where traditional ISR assets cannot penetrate, the CP-ISR can be deployed to provide that capability.

The size, weight and image-gathering capabilities of the system are promising advancements that fulfill the burgeoning requirement for an organic, squad-level ISR capability, but more work still needs to be done. Several efforts are underway to develop three different aspects of the technology to ensure it is ready for the Soldier and small unit.”

For more information on the new video surveillance drone being developed by the US Army jump over to the official US Army website for details.