The ever popular slingshot stuff among kids during old days is still on the mode of burning desires at present. In fact, previously released slingshot versions have been known to be the hit market concrete evidences in contributing to public sport vibrancy. 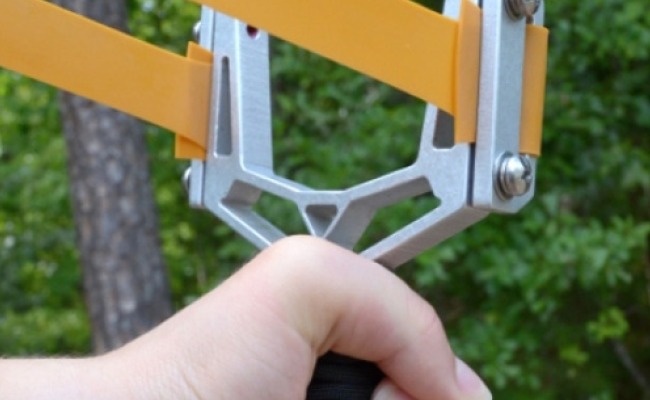 Montie Gear, which is known to be the product of love for great design and love for the great outdoors that is based in U.S., is bringing a new product that will feed, however, the lost childishness in you. The creative design is named as the Montie Gear Slingshot made by industrial design student, Nicholas Pennington.

Its frame is made from thick aluminum plates measured at 0.5-inch combining the strength and low weights. While the slingshot handle is wrapped in a high-class paracord for better grasp. Also, unlike with other expensive slingshots, this one at Monte Gear comprises of more flexible and usable rubber tubing called the Thera-Band Gold flat band that has a 16-pound pull and 28-inch draw.

You can purchase the Montie Gear Slingshot at its official website for $99.95.