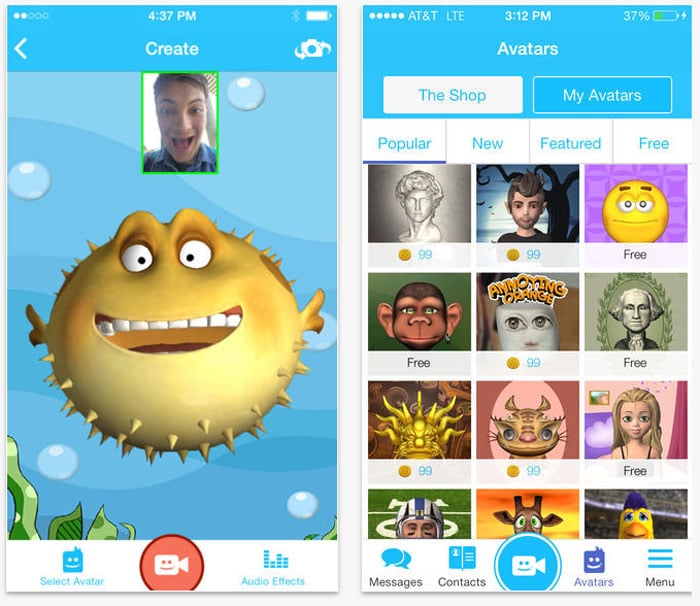 Intel is one of the biggest makers of chips and processors for all sorts of devices like computers and smartphones in the world. Typically, when Intel rolls out something new, we are talking about new processor architecture or some other sort of hardware. Hardware isn’t all Intel is about though and it has released a new app for Android and iOS smartphone users called Pocket Avatars.

This app lets the user record a video message with their voice and facial expressions mated with a cartoon avatar. The end result looks like one of the many available characters is speaking with your voice. The app is free, but some of the 40 available characters are in-app purchases costing 99 cents each. Out of the roughly 40 total characters, 20 are free.

Among the available avatars are Lego characters, Care Bears, Gumby, and Annoying Orange. The app uses the front camera of your smartphone to record video and then pair the voice and face with the avatar. Once completed, the messages can be shared via Twitter, email, or SMS. Intel says that it has plans to keep improving the app over time.