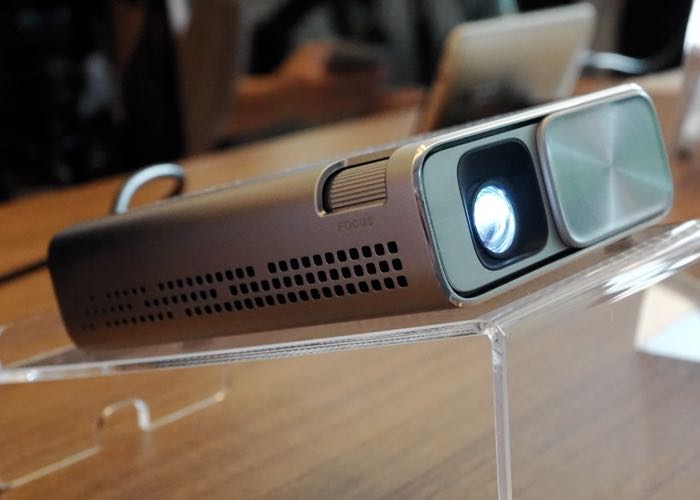 As well as a wealth of other hardware unveiled ahead of Computex 2015 this week Asus has also unveiled their new pocket sized Asus E1Z projector.

The Asus E1Z projector is the world’s first LED projector that is capable of projecting content stored on an Android mobile device via a micro USB connection.

The E1Z is also equipped with a rechargeable battery allows users to use the device without the need a power socket and the projector can also double as a handy 6000mAh power bank to charge mobile devices if required. Asus explains :

Unfortunately no information on pricing or worldwide availability for the Asus E1Z projector have been released as yet by Asus, but as soon as information comes to light we will keep you updated as always.