Pocket has this week rolled out a new update to its Android application,which has brought with it a number of new features, together with tweaks and enhancements.

One of the major new features arriving in the latest Pocket for Android update, is the added ability to now use test-to-speech in Pocket’s new “Listen” feature. 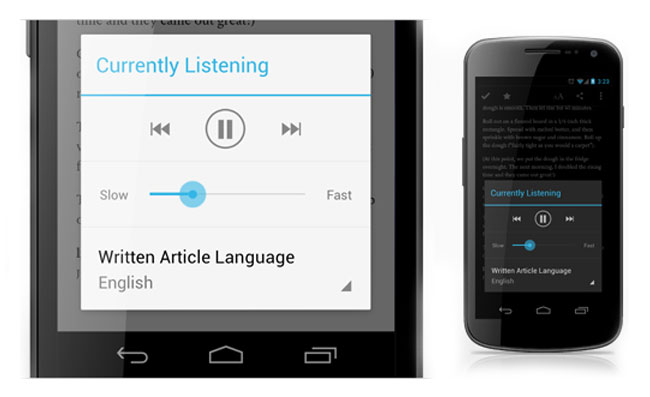 Pocket’s new “Listen” feature, is part of the 4.2 update, and now allows you to simply open an article, press the “Listen,” button within the app, and Pocket will read the text out loud to you.

Unfortunately for iOS users Apple doesn’t currently provide a text-to-speech API, so there are no immediate plans for Pocket to roll out the new Listen feature to its iOS apps.

For more information on the other tweaks, enhancements and bug fixes in the latest Pocket 4.2 for Android jump over to the Pocket blog post. Pocket is now available now on Google Play, and coming soon in Amazon’s Appstore.