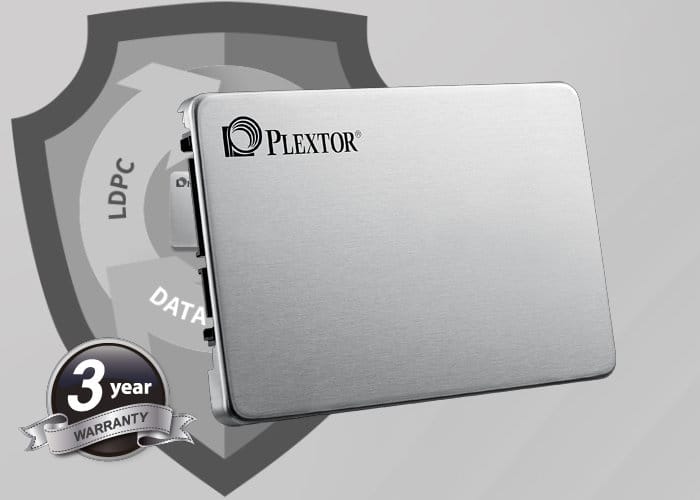 With regards performance all three SSD drives in the Plextor M8V series provide read speeds of up to 560 MB/s. While the 128 GB, 256 GB, and 512 GB variants write sequentially at speeds of up to 400 MB/s, 510 MB/s, and 520 MB/s, respectively. Their 4K random-access speeds are rated at 60,000/70,000 IOPS (reads/writes), 81,000/80,000 IOPS, and 82,000/81,000 IOPS, respectively. Plextor has also included LDPC (Low Density Parity Check) technology to ensure safety and the integrity of your data transmission by using a error correcting mechanism as well as offering supports for RAID Engine Drive Array Accelerator and Data shaping Data management

Plextor has rated the solid state drives (SSD) endurance at 70 TBW for the 128 GB variant, 140 TBW for the 256 GB variant, and 280 TBW for the 512 GB variant and each one comes with a three-year warranty. For more details, full specifications and purchasing options jump over to the official Plextor website by following the link below.