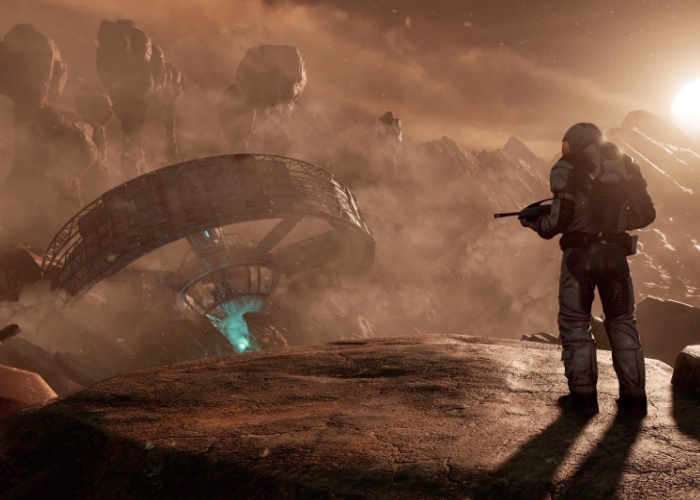 Games developer Impulse Gear has announced that their new PlayStation VR space exploration game and shooter, Farpoint has now gone gold and is on track for release next month on May 16th, 2017.

Check out the new trailer which has been released to whet your appetite ahead of the game’s launch on PlayStation VR and provide a good overview of what you can expect from the storyline and gameplay in the new virtual reality title.

Founded in late 2013, Impulse Gear is comprised of developers with both AAA console and mobile game development experience. The core team has over 40 years of experience developing some of the biggest titles at EA, Sony Computer Entertainment.

With Virtual Reality becoming a reality, the co-founders of Impulse Gear decided that the time was right to start a new independent studio dedicated to the new medium. Virtual Reality is poised to push video games to a whole new level of immersion and interactivity and the team is very excited to be at the forefront, helping to define what Virtual Reality gaming will become.  Our sole mission is to deliver core games to the Virtual Reality space.